To this day, stories are still told of the great heroic deeds of brave Northmen, who set out on rough seas to conquer the world in impetuous times - the Vikings.

Inspired by the Vikings, the concept of the Confertainment venues in ‘Krønasår - The Museum-Hotel’ were built around the sea.

Upturned Viking ships hang spectacularly from the ceiling like a great canopy. Lights made of horns, that were worn on helmets as well as drank from, illuminate the ceiling with subtle light. Pendulums hanging from the ceiling like ropes of a ship create a fabled sense of playfulness. Be inspired for your next event by this era of adventure. 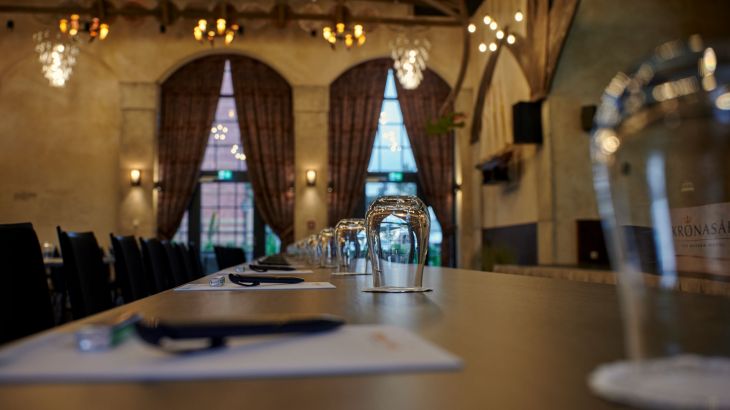 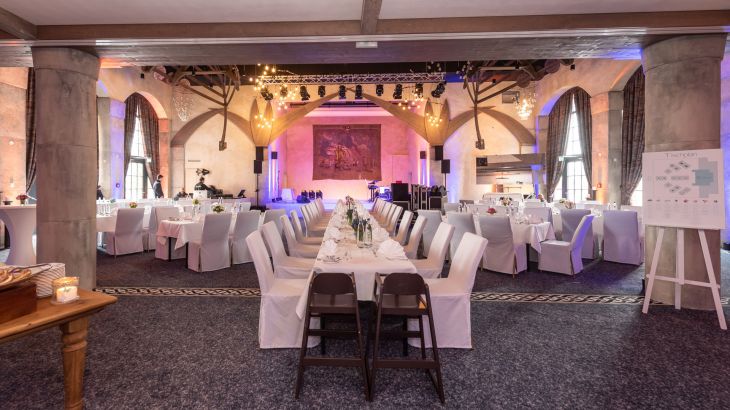 You require proof of authorisation for you visit of the Europa-Park Resort.